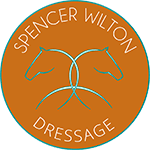 Born in 1973 and raised in Suffolk, Spencer was a keen member of the Essex and Suffolk Pony Club and represented GB as an individual at the Pony European Eventing Championships.

After leaving school, Spencer followed his eventing dream, as a working pupil for Ruth McMullen, Lucinda Green MBE and Mark Todd CBE and after a chance meeting with Carl Hester MBE he switched to dressage and the pair spent 13 years working together. He won his first Dressage National title in 1999 and in 2006 made his first international debut and to date, Spencer has now won thirteen National titles.

Spencer & Jen Goodman’s Super Nova II were selected to represent Great Britain at the Games of the XXXI Olympiad held in Rio de Janeiro, Brazil and alongside team mates, Carl Hester MBE, Fiona Bigwood and Charlotte Dujardin CBE, they made the nation proud as they brought home the Team Silver Medal.

As well as representing Great Britain at the European Championships at Gothenburg in 2017, the partnership then went on to be part of the Bronze Medal winning team at the World Equestrian Games, Tryon in 2018.

Spencer rounded off 2018 with marrying his long term partner and fellow dressage rider Darren Hicks. In 2019 Spencer unfortunately had to undergo back surgery which put a halt to his competition season. Having made a full recovery he started his 2020 Tokyo build up with four consecutive wins at the Lier & Keysoe CDIs, before COVID-19 lockdown commenced in the middle of March. Having had an easy year in 2020, Super Nova II will be coming back in 2021 to restart his Olympic campaign.

With no competition commitments during 2020, Spencer & Darren moved to the Cotswolds. 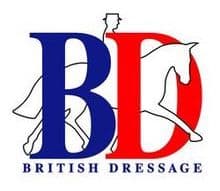